Studying the characteristics of Hispanic taxpayers and the ways in which they interact with the tax system may provide valuable information about the needs and preferences of other groups of taxpayers sharing common characteristics — other taxpayers whose families have recently emigrated from other countries or who have limited English proficiency.

Since 2002, TAS has worked with outside research organizations to identify and understand the demographics and needs of taxpayers who are underserved by TAS. To complement its prior research and ensure that TAS and the IRS are effectively serving U.S. Hispanics, TAS commissioned a new survey from Forrester Research to learn about the characteristics of Hispanic taxpayers, including those who may have limited English proficiency and may qualify for TAS assistance. 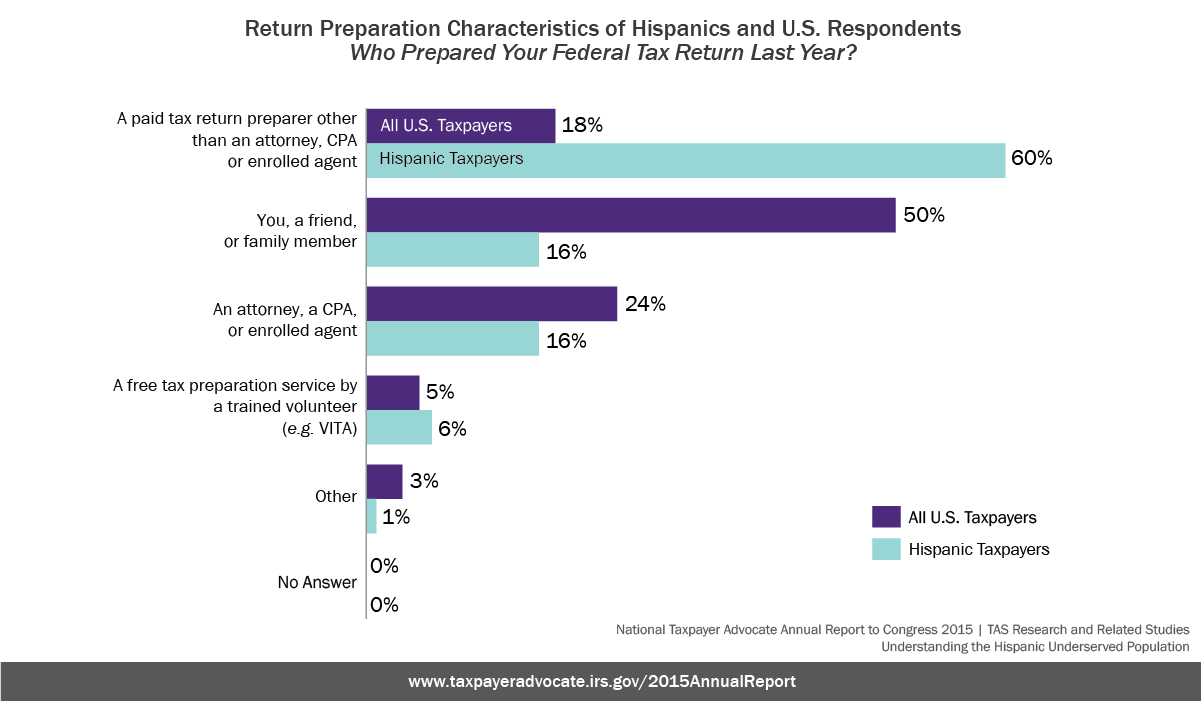