The IRS assigns delinquencies to Taxpayer Delinquency Account (TDA) status within four to five months after it assesses the liability and after sending the taxpayer a series of notices. However, the volume of TDAs may delay collection actions from occurring for some time. Additionally, TDAs are often prioritized for action based on the balance due, and since older TDAs with more accumulated penalties and interest have greater balances, the IRS collection functions often work these cases first. The collection industry believes that liabilities must be collected within three years, if they are to recoup any significant amount of the delinquency.

To analyze how collections may change as TDAs age, the Taxpayer Advocate Service explored the rate of collection by the number of years elapsed since TDA issuance. The primary focus of the study was to determine if the IRS collects fewer dollars as TDAs age.

The study showed that collections decline as TDAs age as a percent of the:

Specifically, our analysis showed that dollars collected typically decreased by over 50%from the first year to the second year and by about 30% in the third year from the amount collected in the second year. Dollars offset from refunds to satisfy all or part of a TDA liability also declined, but not as precipitously. 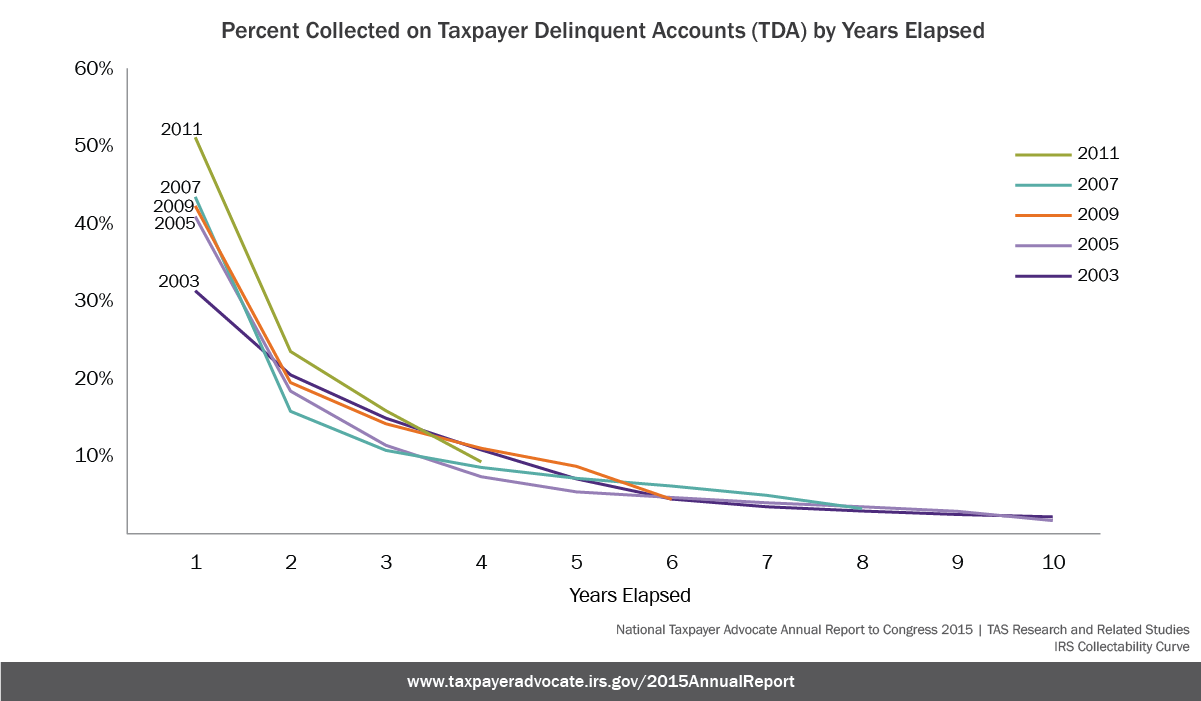