This week, 219 people from 134 Low Income Taxpayer Clinics (LITCs) are gathering in Washington, D.C., to attend the annual training conference of LITC grant award recipients.  Before becoming the National Taxpayer Advocate, I was the founder, director, and attorney of the first independent LITC in the country, so I care deeply about this program. At the clinic, I represented taxpayers who had problems with the IRS, and I saw first-hand the challenges that await taxpayers in IRS disputes. Along with the late Janet Spragens of American University Washington College of Law, during hearings associated with IRS reorganization, I advocated for allocating federal grant funds to LITCs and for creating a permanent LITC program, which was codified as IRC § 7526.

Congress recognized the need of taxpayers who are low income or who speak English as a second language (ESL) to have representation in disputes before the IRS and since 1999, it has appropriated funds annually to provide matching grants to organizations that develop, expand, or continue an LITC). Although LITCs receive partial funding from the IRS, clinics, their employees, and their volunteers are completely independent of the IRS.

The LITC Program is a matching federal grant program that provides up to $100,000 per year to organizations that represent low income taxpayers in controversies with the IRS and provide education and outreach to ESL taxpayers. LITC services are free or low cost for eligible taxpayers. LITCs bring together the skills of their employees, students, and volunteers to safeguard taxpayer rights both in individual cases and systemically.

Today, the Taxpayer Advocate Service (TAS) administers the LITC Program. Each year, in December, the TAS LITC Program Office issues a LITC Program Report, Publication 5066 that provides an overview of the LITC Program, discusses challenges of the people that need assistance from an LITC, and highlights some of the Program’s accomplishments over the past year. The report describes the LITC program growth during fiscal year (FY) 2017; provides information about LITCs successes in protecting taxpayers’ access to justice through representation, education and advocacy; explains how LITC funds are spent; and lists all active LITCs as of December 2018. In this blog post, I would like to provide some highlights from the report.

In 2017, the Low Income Taxpayer Clinic (LITC) Program awarded approximately $11.8 million in grants to 138 organizations across the United States, including seven that received an award for the first time. Full year reports on the accomplishments of 2017 won’t be available until 2018, so this year’s Program Report details the work done in 2016.

As I described above, the maximum LITC grant is $100,000 per year, and many of our recipients receive much smaller sums. However, despite the modest size of the grants, each clinic

maintains a staff that includes an attorney, certified public accountant (CPA), or enrolled agent who can represent taxpayers before the IRS. In addition, LITCs must have a staff member or a pro bono panel member who is admitted to practice before the United States Tax Court to handle litigation matters. Students and recent law graduates working at an LITC may be authorized to represent taxpayers before the IRS, under supervision of appropriate tax professionals and professors. Moreover, LITCs are supported by the work of many volunteers. Over 1,800 volunteers provided 47,480 hours to LITCs in 2016. More than two-thirds of the volunteers were attorneys, CPAs, or enrolled agents.

For a low income individual or family, or for those living in a state of financial hardship, the potential monetary impact of a tax controversy, such as when the IRS denies a claim for a refund attributable to the Earned Income Tax Credit or a Child Tax Credit, or

imposes a penalty for failing to follow the requirements of the Affordable Care Act, can be devastating. Achieving a correct outcome in a controversy with the IRS should not depend on the taxpayer’s ability to pay for representation. Thus, representation services provided by LITC for free or a nominal fee are very important for the taxpayers’ rights to representation, to pay no more than the correct amount of tax, and to fair and just tax system. In 2016, LITCs represented 19,479 taxpayers dealing with an IRS tax controversy.  Refund cases represented eight percent of the overall caseload worked in 2016, and LITCs succeeded in securing over $4.3 million dollars in cash refunds for low income taxpayers.

Choosing the appropriate avenue for seeking relief and communicating with the IRS can be overwhelming for an unsophisticated taxpayer who cannot pay the amount shown on an IRS notice or may not even be able to understand what the notice says. More than half of the taxpayer cases worked in 2016 involved collection matters. The combined efforts of clinic staff and volunteers provided relief to over 4,200 taxpayers facing an IRS collection action and allowed these taxpayers to become tax compliant. The figure below shows the allocation of LITC assistance to taxpayers by issue.

Example: During 2016, an LITC represented a single father and helped him to obtain years of tax credits the IRS had improperly denied him. The taxpayer’s former wife was deceased, and although no one else had claimed any credits for his son, the IRS audited his claims for a dependency credit, Child Tax Credit (CTC), and Earned Income Tax Credit (EITC). The taxpayer was not fluent in English, and had difficulty explaining his circumstances to the IRS. During the examination, the taxpayer moved over 1,000 miles away. He asked the IRS to transfer his case to a closer office. The IRS refused. A relative drove the taxpayer more than 1,000 miles back to speak with the examiner. The relative was more skilled in English and was hoping to help the taxpayer explain the situation to the examiner. Because the taxpayer did not have an appointment, the examiner refused to speak with the taxpayer. The IRS denied the credits, assessed a liability of over $17,000, and placed a ban on the taxpayer’s account that prohibited him from claiming the EITC for an additional two years, finding that the taxpayer had acted with reckless disregard in making his EITC claim. The LITC requested the IRS conduct an audit reconsideration of the taxpayer’s case. After 18 months without an IRS response to the request, the LITC requested TAS assistance. TAS assisted the LITC in resolving one year. Because the IRS had by now disallowed dependency exemptions and credits for two subsequent years, the LITC filed a petition with the U.S. Tax Court. Ultimately, the LITC persuaded the IRS to reverse its position, eliminate the liability, refund approximately $13,000 to the taxpayer, and remove the EITC ban. This taxpayer’s perseverance along with the LITC’s dedication to obtaining justice ultimately secured the right to pay no more than the correct amount of tax for this taxpayer.

In addition to representing low income taxpayers in controversies with the IRS, LITCs are required to provide outreach and education about taxpayer rights and responsibilities to ESL taxpayers. Taxpayers living in the United States and for whom English is a second language (ESL) may face barriers to finding reliable tax information about their rights and responsibilities as taxpayers. ESL taxpayers who immigrate to the United States may come from countries where the tax systems operate in a much different fashion, and those arriving from countries with pervasive corruption may bring with them a mistrust of government institutions. They may be completely unfamiliar with the process of filing a tax return or even maintaining a bank account. When seeking to comply with the tax laws, they are exposed to risks like identity theft from unscrupulous tax return preparers who may steal or divert refunds and disappear long before their acts are discovered. Empowering taxpayers to exercise their rights begins with helping them to understand those rights. LITCs held more than 2,500 events in 2016 that provided free, reliable, and accurate tax education to a combined audience of over 70,000.

The third prong of the LITC mission is to identify and advocate for issues that impact low income and ESL taxpayers. LITCs may achieve this goal through a variety of methods, including but not limited to:

In yet another example of a successful LITC advocacy, the clinic made it easier for a full-time MBA student to deduct the cost of his graduate education. The taxpayer came to an LITC for assistance after the IRS denied deductions he claimed as unreimbursed employee expenses for obtaining an Executive Masters Business Administration (EMBA) graduate degree. The IRS argued that obtaining the EMBA degree qualified the taxpayer for a new trade or business, and the degree was unrelated to an ongoing trade or business, since his employer terminated his employment while pursuing his degree. The LITC represented the taxpayer and persuaded the Tax Court that he continued to perform essentially the same tasks after obtaining the EMBA, although the knowledge he obtained through his studies allowed him to address more complex issues. The LITC also proved that the EMBA did not qualify him for a new trade or business, and temporary unemployment while pursuing the EMBA did not render the educational expenses nondeductible. 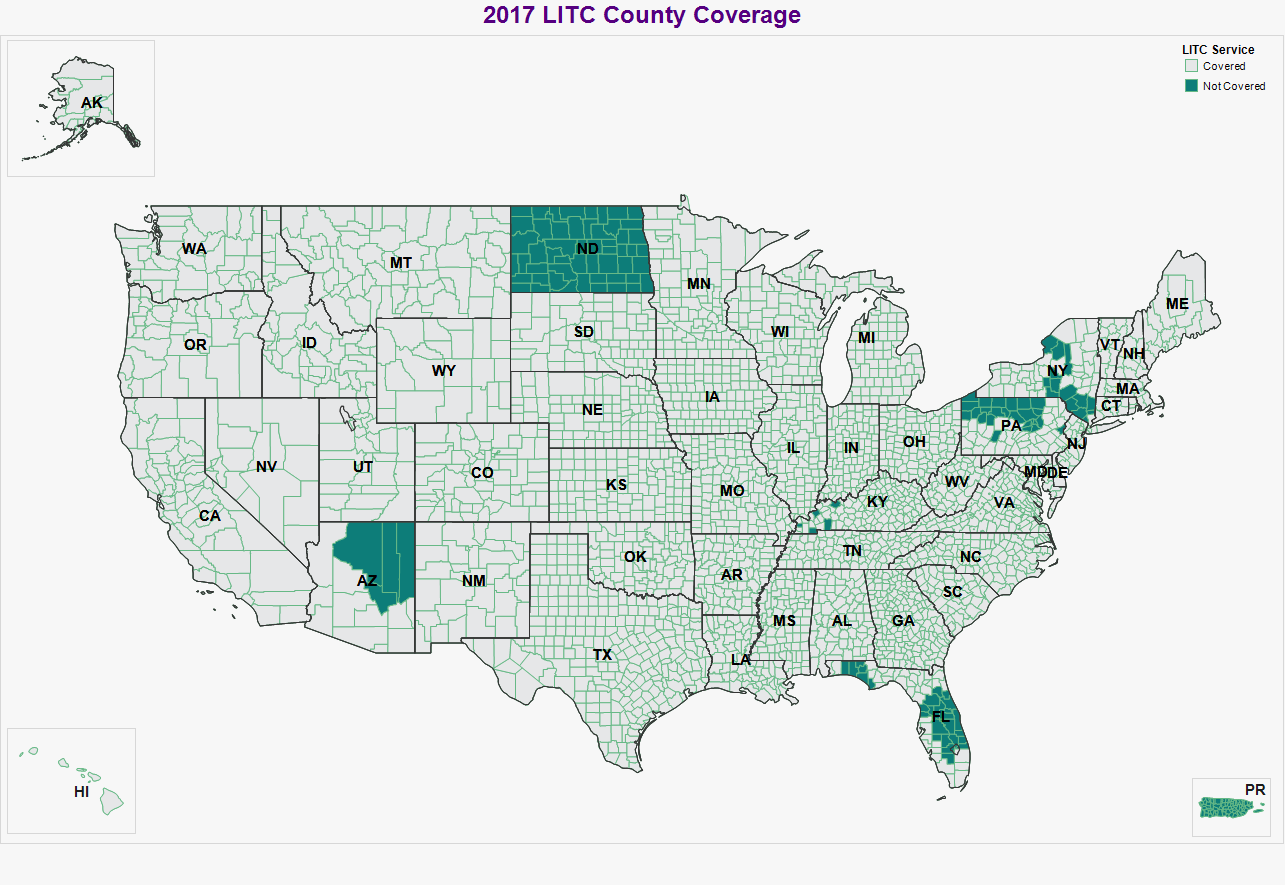 The program’s success led Congress to appropriate $12 million for 2017 awards, a six-fold increase from the amount Congress appropriated in 1999. I encourage you to read the full LITC program report and visit the LITC webpage on the TAS website to learn more about the important work of these tireless, unsung heroes.