In last week’s blog, I described the Federal Payment Levy Program (FPLP) and outlined my general concerns about the IRS’s implementation of the “Low Income Filter” (LIF) and lack of person-to-person assistance. In this blog post, I discuss my concerns about the IRS’s decision to extend the FPLP to military pensioners.  The IRS based its decision to include military retirement payments as an additional payment stream in the FPLP on figures contained in a 2015 Treasury Inspector General for Tax Administration (TIGTA) audit report (Most Federal Employee/Retiree Delinquency Initiative Cases Are Resolved with the Collection of Revenue; However, Some Program Improvements Can Be Made, Ref. No. 2015-30-051 – hereinafter, the “TIGTA report”). TIGTA reported that the IRS planned to expand the use of the FPLP to military retirement payments to increase revenue, but utilize the low-income filter (LIF) to exclude military retirees with incomes below the 250 percent of the federal poverty guidelines, similar to the way it treats taxpayers receiving Social Security or Railroad Retirement Board (RRB) benefit payments. The IRS, however, decided not to implement the LIF for military retirees.

The apparent difference between the IRS’s and TIGTA’s assumptions regarding the application of the LIF translates to a significant difference in the pool of military retirees who would be affected by the new policy. According to the TIGTA report, of the 93,540 delinquent military retirees, only 32,312 had filed a Tax Year 2013 return and reported income at or above the 250 percent of the federal poverty guidelines. (See 2017 Federal Poverty Guidelines at https://www.federalregister.gov/documents/2017/01/31/2017-02076/annual-update-of-the-hhs-poverty-guidelines).

The IRS briefing memo mistakenly assumes that retirees who leave military service in their 40s or 50s find gainful civilian employment. To the contrary, a 2013 study indicates that as many as 14.2 percent of retired military veterans remain unemployed, which is three times higher than the unemployment rate for the general public as of May 2017. (See the Millennium Cohort Study). Furthermore, the National Coalition for Homeless Veterans, a leading authority on homeless veteran issues, reports that more than 40,000 veterans who are receiving pension benefits each month are homeless. (See National Coalition for Homeless Veterans Background and Statistics). For those retirees, their pension is not enough to find affordable housing.

The IRS briefing memo likewise contends that “[o]nly 16 percent of delinquent military retirees have total IRP [Information Return Processing] income below $25,000 with nearly 50 percent having income of at least $50,000 per year.” While not considering any spousal income, this data point fails to consider the 250 percent of the federal poverty guidelines threshold which the IRS applies to the LIF to screen out civilian recipients of social security from FPLP. (See TAS brochure, What You Need to Know: the Federal Payment Levy Program, see https://www.irs.gov/pub/irs-pdf/p4418.pdf, for information about the FPLP.) 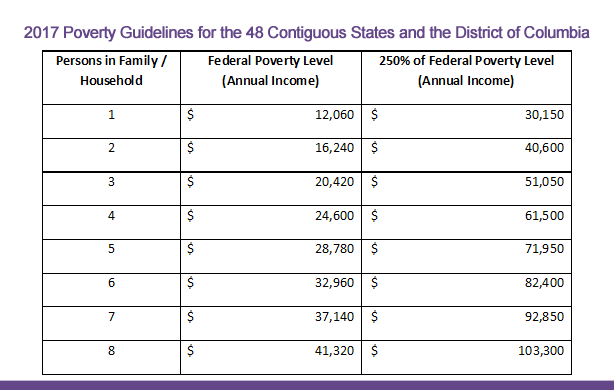 As this chart shows, 250 percent of the federal poverty level for an E-7 and spouse is $40,600. And if the couple is supporting even one child, 250 percent of the federal poverty level rises to $51,050.  Under the IRS’s own analysis, more than 50 percent of military retirees fall below this income threshold. I therefore find it baffling that he IRS refuses to apply the LIF to military retirees who may be experiencing economic hardship.

The IRS briefing memo also justifies the policy change on the contention that most military retirees have more than one source of income, stating that military pension is “the sole source of income for only 8 percent, or 7,845 taxpayers with unresolved accounts” while “49,064, or 52 percent of delinquent taxpayers, had wage income in TY 2013.” In its report, the IRS fails to explain why, even if a military retiree has some wage income, it will not run those accounts through the LIF in order to ensure that it does not create economic hardship. The LIF is built to take into account the most recent tax return, which would show pension and other income as well as family status. If there is no recent tax return, the LIF uses the most recent IRP data available. Thus, any concern about letting high earners not pay their tax debts is obviated by the design of the filter.

By adopting this approach, the IRS fails to consider that many military retirees are likely working part-time only. The annual retirement pay is not adjusted regardless of whether the retired service member is married or supporting a family. Many are supporting a spouse and oftentimes dependent children, even after serving their country for 20 years. Military spouses also struggle to find jobs and are more likely to work for less pay or in positions below their education level. Blue Star Families, a group that coordinates services for families with a loved one who is serving or has served in the military, commissioned a study in 2016 about challenges facing military spouses. Grappling with frequent moves, deployments and erratic schedules of their service member family members, military spouses have an unemployment rate of up to 18 percent, according to the study. Furthermore, up to 43 percent of military spouses – or as many as 243,000 – are jobless, compared to about 25 percent of a comparable civilian spouse population. The study also estimated that military spouses with a bachelor’s degree earn 40 percent less than their civilian counterparts.

Per the IRS National Living Standards, for example, a family of two living in Colorado Springs, Colorado, is allowed the following expenses: Housing and utilities (in El Paso County, Colorado) $1,758, food $612, supplies $65, apparel $138, personal care $63, miscellaneous $254, health care $98, and public transportation $189.  Adding these amounts together, the total allowable living expenses for two people in Colorado Springs, Colorado under the IRS guidelines come to $3,177 per month – about $900 more per month than what an E‑7 retiring in 2017 would earn. As a result, many military retirees earn less than the National Living standards even when they have more than one source of income.

The IRS briefing memo states that the LIF to the FPLP will be applied to screen out only those military retirees who receive Social Security benefits. However, to receive full benefits, veterans need to wait until they are 66 years old (for people born between 1943 and 1954) or 67 years old (for those born after 1959). If retired service members claim social security benefits at the age of 62, their benefits will be sliced by 30 percent if they were born after 1959. As stated above, veterans retire at an earlier age but about half of them are unable to earn more than 250 percent of the federal poverty guideline for a family of three.

For these reasons, I am disappointed the IRS has refused to adopt the recommendation to run all military retirees through the LIF and believe its failure to do so will cause the agency to issue a significant number of levies it will be required by law to release because of the taxpayer’s economic hardship.

Most importantly, the IRS approach to FPLP implementation ignores basic data about tax compliance. Federal employees and retirees are generally more compliant than the overall taxpayer population. In FYs 2010 – 2014, on average 3.1 percent of federal employees and retirees were delinquent on taxes, as compared with 8.4 percent of the general taxpayer population. Despite these numbers, military retirees are an easy target for the IRS because retirement benefits are an easily identifiable levy source. By cherry-picking retired service members’ pensions for automated levies without taking into consideration individual taxpayers’ facts and circumstances, the IRS violates these taxpayers’ right to fair and just tax system, right to be informed, and right to quality service. (See Taxpayer Bill of Rights (TBOR)).

To be clear, I am not advocating for the IRS to ignore retired service members’ tax debts. However, I think it is important that the IRS run taxpayers who have outstanding tax debts and who receive military retirement pay through the Low Income Filter and make a concerted effort to personally contact these taxpayers before levy. TAS will accept cases and issue Taxpayer Assistance Orders (TAOs) to release levies on behalf of veterans who are experiencing or will experience economic hardship. To contact your Local Taxpayer Advocate office – we have at least one in each state as well as the District of Columbia and Puerto Rico – go to https://www.taxpayeradvocate.irs.gov/contact-us. Low income taxpayers – including veterans – can also receive free help from Low Income Taxpayer Clinics, which are independent nonprofit organizations that represent low income taxpayers for free before the IRS.